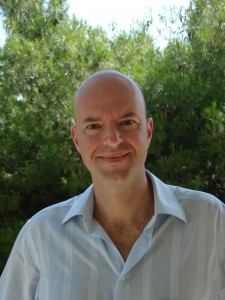 Dr Vourdas graduated from the Μedical School of Athens, Greece, where he was
awarded his PhD in 1996. He was trained in Cambridge University and at the Maudsley Hospital in London. He has been an elected Member of the Royal College of Psychiatrists since 2000. He is a trained cognitive and behavioral psychotherapist for children and adolescents. His research has been focused on neurodevelopmental difficulties in children with psychiatric problems and has been presented in a number of conferences and international journals. He worked as a consultant at the Maudsley Hospital before he returned to Greece in 2006. Currently, he works at the Medical School of the University of Athens as Head of the Parent Training Program forChildren with Behavioral Problems. He has been elected as vice president of the Hellenic Forensic Psychiatric Association and honored to be a member of the scientific Advisory Committee of ADHD Hellas.